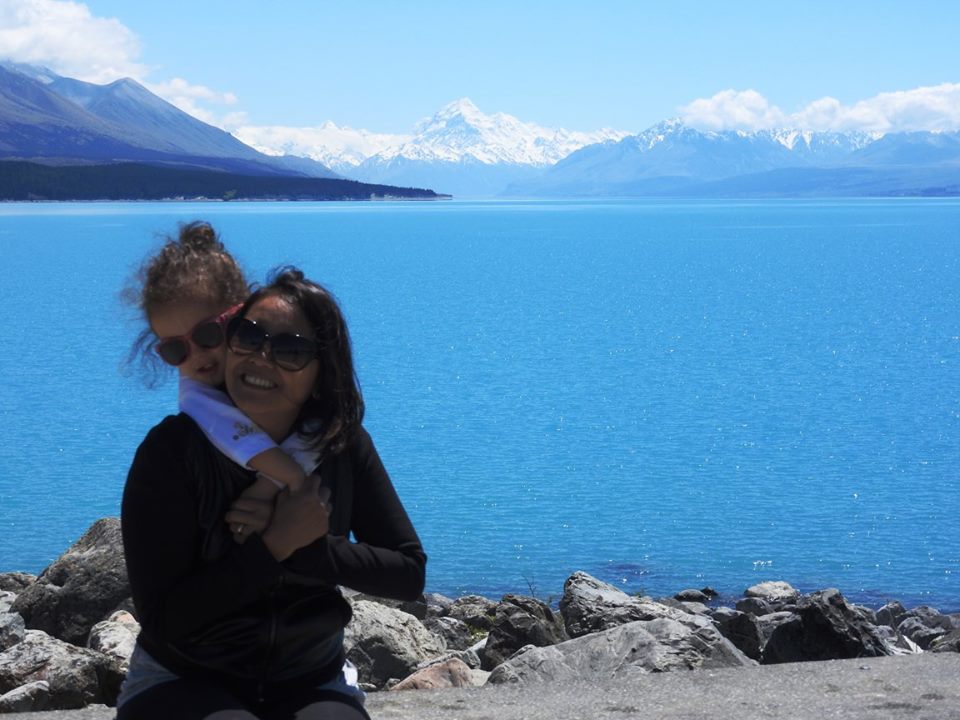 The South Island of New Zealand has mountains, lakes, and glaciers. The world-renowned Mt Cook is in the South Island. Also the Fiordland National Park with Milford Sound. Abel Tasman National Park is the most beautiful marine park in New Zealand. Queenstown is the destination for adventure sports and skiing. Queenstown, set against the dramatic Southern Alps, offers the most spectacular landscapes.

Crossing the Cook Strait from Wellington to Picton

Wellington is a fantastic city with a breathtaking bay. However, after two nights in Wellington, we were ready to move on to the South Island. So, we got on the early Bluebridge ferry and we had luck with the weather. The crossing is one of the highlights of New Zealand road trips and it lasts about 3 1/2 hours between the North and South Islands. We crossed over Cook Strait finishing in Picton.

Nelson, the oldest city in the South Island

From Picton, we drove to the town of Nelson which is facing the Tasman Bay. However, our Airbnb was in Richmond, a small town less than 10 minutes’ drive from the center of Nelson.

The area of Nelson is a very popular base for nearby caving sites, vineyards and Abel Tasman National Park. As a result, nature is at its best in the region of Nelson and there are plenty of activities to do and many playgrounds for children. We also had the best Fish and Chips of New Zealand at The Sands, just in front of the beach.

After two days in Nelson, it was now time for New Zealand’s most famous glacier: Franz Josef Glacier. We started by heavy rain but we ended up by beautiful sunshine once we reached Punakaiki Pancake Rocks.

Time for lunch and for some pictures with a few MacLarens meeting up at a local restaurant. Unfortunately, we met one of those beautiful cars later on in Queensland totally destroyed in a car accident. The drive to Franz Josef Glacier was full of breathtaking views. We stopped many times to take pictures and we were awestruck with the different lovely hues.

We arrived before sunset and was able to see from a distance the Franz Josef Glacier and the Fox Glacier. I was not into it yet, especially going up hiking, that must be tiring for Mom and Dad to carry me. There are not so many Airbnb near the glaciers, so our only choice was the Rainforest Motel Fox Glacier. Hotels are much more expensive than Airbnb in New Zealand and you would probably have to break the bank if you chose that option. However, despite the price, we can recommend this Motel.

The beautiful road to Queenstown

The next day with limited time and with me, just a little baby, we had a look at the great glaciers again and we decided to have a nice walk at Lake Matheson where we met other families with other babies and could play together.

Having still a long drive till our next destination, we took our car and left these beautiful mountains. To reach Queenstown coming from Franz Josef you have to drive thru the Haast Pass and its spectacular roads. Before reaching our destination, we stopped for dinner in Wanaka at a Turkish kebab opposite the lake. It is a very beautiful and peaceful town but we had no time for a visit. We drove from Wanaka to Queenstown thru a spectacular winding road while the sun was setting on the horizon.

We arrived late at our Airbnb. It was an independent small flat with a beautiful garden in front where I even played with our hosts’ kids. We surely recommend Sarah’s place:

Queenstown is the jewel of New Zealand and we could not find anything that was not beautiful. The landscape is unique, everything is kept at its best, the environment is protected and the food is good, especially the meat that in New Zealand is mouth-watering. We spent 4 nights in Queenstown.

All the beauty around Queenstown

We also visited nearby places so beautiful themselves but because they are so close to the Queen of the Towns they do not find much recognition on travel maps. Glenorchy, for example, is such a quaint and amazing little town with a wonderful lake that we fell in love with this place. Arrowtown is a small village just a short drive from Queenstown and it has a pretty town center with beautiful streets and elegant cafés and shops.

Despite being a bit far, we used Queenstown as our base for the Milford Sound. It was almost a four-hour drive but you can never get bored of it. In fact, the road to Milford Sound is one of the most spectacular in New Zealand.

We booked the boat tour online and we had the cheapest offer with Go Orange Cruises. I do not think that there is a big difference with other tours since they all go the same routes and they could even cost more than double. The fjords are impressive and inhabited by sea lions, otters, and other beautiful creatures.

After our tour, considering the long drive, we hit the road again but we stopped for dinner at Te Anau. We enjoyed the food that tasted yummy because we were all so hungry from the morning breakfast and the little snacks onboard the boat. As a matter of fact, we could have stayed one night in Te Anau but because it is still almost two hours from the Sound we thought that staying the all the time in one wonderful place was the best option for us and indeed it was.

Our last stop on this wonderful journey was Christchurch and, for that reason, we left Queenstown early on a serene December morning. The drive maybe is long but, as everywhere else in New Zealand, However, it does not feel tiring, for the beauty of this country is beyond any traveler’s expectations. It was midday when we reached Lake Pukaki and the scene in front of our eyes was unforgettable. We had the best view of Mt Cook at the lookout at the Information Center after the turnoff coming from Twizel.

We moved on again on the way to Christchurch and just 40 minutes later we reached Lake Tekapo, another great spot of New Zealand. We had a nice lunch at the Reflections Café and Restaurant, overlooking the lake. Besides, Lake Tekapo is picturesque by day and dazzling by night. In fact, it is a UNESCO Dark Sky Reserve, making it the perfect spot for stargazing.

The lake has a remarkable turquoise colored water and faces the mountainous drama of the Southern Alps. Lake Tekapo gets its intense milky-turquoise color from the fine rock-flour suspended in the water. Even more, it was the season for the blooming lupins which was all over the river bank with pink and purple hues that makes the place more astounding.

We would have stayed longer but we had to get to Christchurch and we made it before dark. Besides, we had the chance to visit the second city of New Zealand and what we saw was really sad. The powerful 7.8 magnitude earthquake of 2016 that rattled the city was still very much visible. After spending the night in our Airbnb, we headed to the airport, left the car and took our plane back to Auckland.

Auckland, back to the start

In Auckland, I was feeling sick and I had a slight fever, so we could not see what we had planned to do. However, we still managed a short walk in the lively-by-day city center. In fact, we had a relaxing last day in New Zealand. Unfortunately, all great things come to an end, so it was time to fly home on the other side of the world.

More photos of the South Island…

New Zealand: The North Island from Auckland to Wellington, from Rotorua to Waiotapu