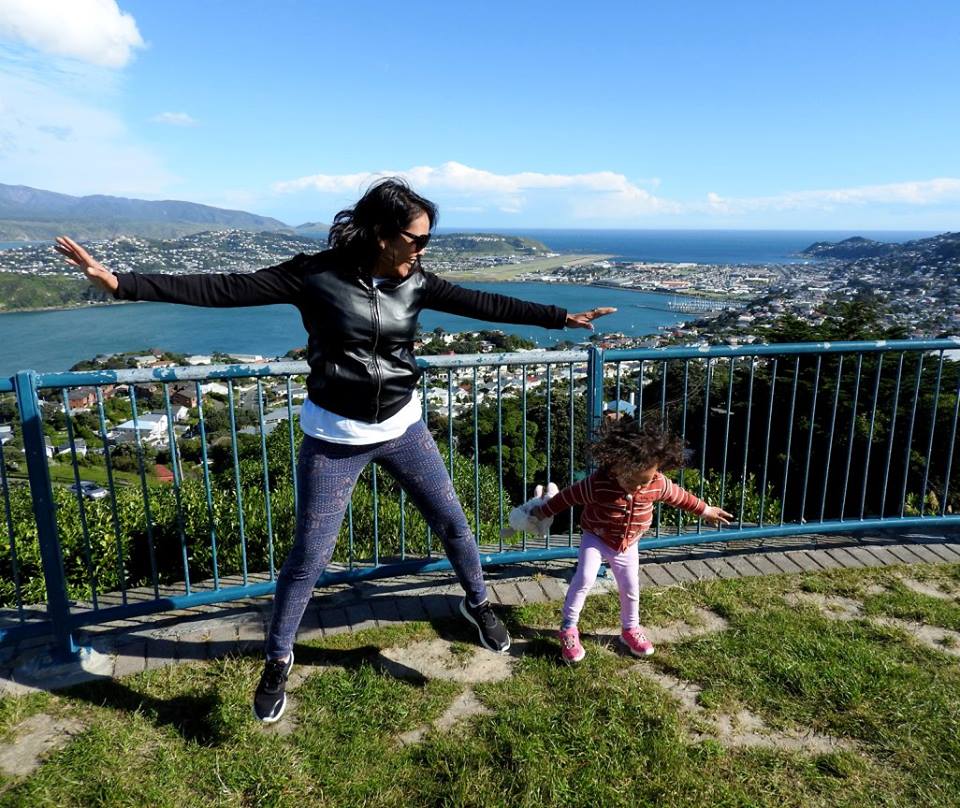 New Zealand: The North Island from Auckland to Wellington, from Rotorua to Waiotapu

The North Island of New Zealand has volcanic activities, national parks, and cosmopolitan cities. In fact, about three-quarters of New Zealand’s population live in the North Island. Auckland is the largest city and it is know as the “the City of Sails”, surrounded by islands and beautiful bays. The capital is Wellington, at the southern tip of the Island. Because of strong winds thru the Cook Strait, it is known as “Windy Wellington”.

On the other side of my world

At two and a half years I was ready for New Zealand, or at least that is what my crazy parents thought. The journey was long, very long. First Munich, then Bangkok, and finally Auckland exactly at the other end of my world.
We were very excited and also it was mom’s birthday when we landed in Auckland on November 22 at midday. We had a rental car at the airport and after a few minutes of adjusting to the left-hand drive, dad Giuseppe, with the help of our GPS, was ready to take us anywhere in our little car!

Mom Nerissa seems to have friends all over the world, maybe because you could literally find Filipinos anywhere in the world. In fact, after resting in our Airbnb at the suburb of Auckland, that same night of our arrival in New Zealand we met ate Beah in the city center. It was not as crowded as we had expected, or better the city looked pretty empty but beautiful nevertheless.

The next day, we drove to Mt Eden and then we started climbing. Mt Eden, the highest volcano in Auckland, is a popular free attraction and iconic landmark. In fact, it offers some of the best views of the city skyline.

Ready to start and go to Tauranga

We would come back to Auckland at the end of our journey, so it was then time to start our road trip from the North to the South Island. Hobbiton Movie Set was our next destination.and for that, we decided to stay in an Airbnb in Tauranga for two nights. It was a beautiful modern house and our hosts were very nice to us. They even provided me with a lot of toys. Indeed, Kiwi or New Zealanders are some of the most lovable people we have ever met. I would definitely recommend this place:

The Lord of the Rings and The Hobbit trilogies

Hobbiton Movie Set New Zealand is the movie set of the The Lord of the Rings and The Hobbit trilogies. My mom chose the place and dad could only say yes despite he did not like those kinds of movies. Even mom herself had never watched them. However, the movie set is really fantastic but really a rip-off. Actually, everything in NZ is expensive.

Though there are millions of sheep in the country, none of them was in the movie. In fact, the ones in the movie came from the UK because they wanted something that looked different. As long as you do not think about the price, you can have a lot of fun at the Movie Set. Anyways, we were still glad to have visited it.

The next day we went to Rotorua, a pretty amazing town. Rotorua smells a lot and it is alive. It is known for its geothermal activity where geysers, bubbling mud pools, and hot thermal springs are within easy reach. It is also known as ‘Sulphur City’ and that explains for the strong smell of rotten eggs. When you enter the city of Rotorua, it’s really stinky but it’s a lively beautiful city. Mom even soaked her feet in one of the hot pools.

New Zealand is so big and we did not have much time to see everything. Therefore, after a few hours, we drove to Wai-o-tapu that means ‘sacred waters’ in Maori. It is a stunning geothermal activity and famous as Thermal Wonderland. The area has many hot springs noted for their colorful appearance like the Lady Knox Geyser, Champagne Pool, Artist’s Palette, Primrose Terrace and boiling mud pools. The champagne pool and the green pond were my favorites.

After spending two nights in the beautiful town of Tauranga and after we had another fantastic breakfast in our place, we thanked our hosts for their hospitality before moving on to our next destination. We drove to Havelock North but we stopped at Huka Falls and visited the town of Taupo, famous for its lake. In Taupo we went to a Filipino store and mom made chitchat with the owner. Actually, I have seen many Filipino stores around NZ.

We arrived very late at our destination in Havelock North where we stayed in another Airbnb because we had gone first to Napier for dinner. After resting from the long trip, we had a beautiful day ahead full of sunshine. Havelock North is a very nice little town with a beautiful countryside. It was Sunday morning and, after breakfast, we went for an ice cream to the Birdwoods Gallery & Sweet Shop. Anyone visiting this small town should pay a visit to this nice and quiet place. Absolutely worth and an extremely relaxing, plus great ice creams!

When you think of New Zealand, you think of green hills dotted with peaceful little sheep and that is right. Sheep are everywhere. In fact, according to the Food and Agriculture Organization (FAO), there are 30 million sheep in the country. However, in 1982 sheep in New Zealand were more than 70 million (a crazy 20 sheep per person!).

The road to Wellington

Since we still had a long drive before us, so we decided to move on. We took the panoramic road from Havelock North to Palmerston North, then State Highway 57 to State Highway 1 in Levin and down to The Terrace in Wellington and then to our accommodation with Airbnb. The road is so scary at some points where it goes very close to the sea and, if you get a wrong turn, you will end up in the sea.

The beautiful city of Wellington

We were lucky again and we stayed with Craig and Sarah in their beautiful place. Moreover, we have become good friends with them. Maybe one day we will meet again. I highly recommend this place:

Wellington is the San Francisco of the Australasian continent. It is a fantastic city with a breathtaking bay, a cable car system and great views. There is no doubt that Wellington is the most beautiful city in New Zealand.

After two nights in Wellington, we were ready to move on to the South Island.

CONTINUE TO THE SOUTH ISLAND

More photos of the North Island… 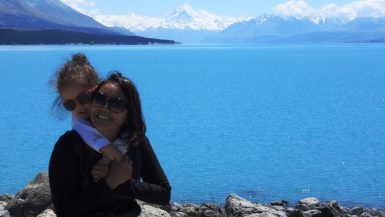