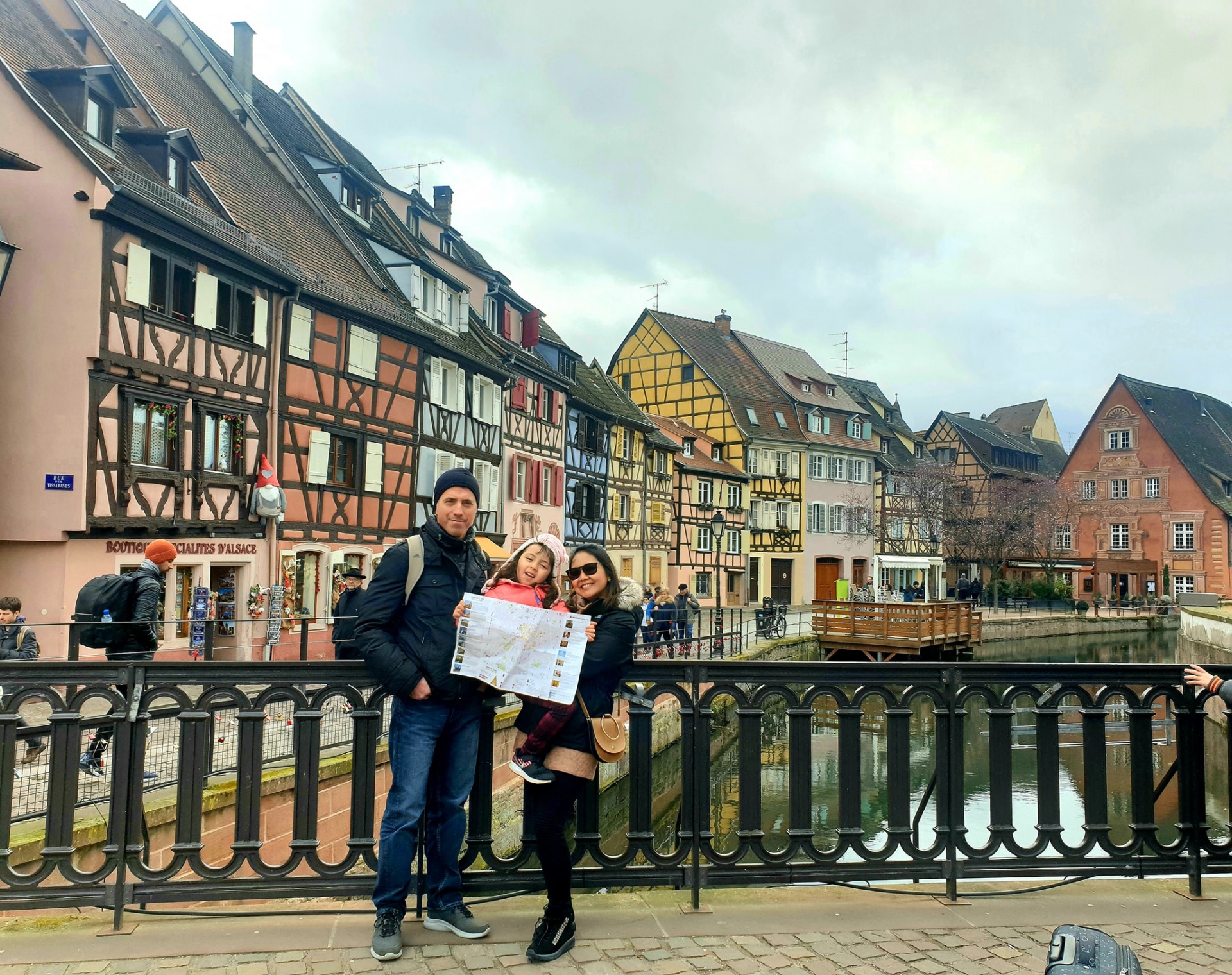 Traveling in the Time of Coronavirus: Eurotrip to Switzerland and France

Switzerland is a federated country of central Europe with administrative capital in Bern, while Lausanne serves as its judicial centre. It is a very small mountainous country that borders with France, Italy, Germany, and Liechtenstein.
Despite being so small in size and population, Switzerland has huge international significance.

Why Switzerland? Imagine amazing green Alpine pastures with cows grazing gently in the background and the sound of nature all around you, plus incredible winter scenery that seems to be straight out of a fairy tale. An unforgettable experience in the heart of Europe.

Just landed at the Basel-Mulhouse-Freiburg Airport

We landed at 22:00 on 22 February 2020 at Basel-Mulhouse-Freiburg Airport. It is the only tri-national airport in the world and is called Euro Airport because it was built by Switzerland on French territory in the municipality of Saint-Louis made available by France according to the treaty signed by the two states on 4 July 1949.

With our rental car, we headed to Mulhouse which is about 20 minutes from the airport. We rented an apartment through Airbnb in this town to visit Switzerland. In fact, Mulhouse is an excellent solution if, for the same quality, you want to spend 1/3 of what you would do in the Helvetica Confederation.

Lucerne, the most beautiful Swiss city

The following morning we visited the beautiful Lucerne which is about 140 km from Mulhouse (about an hour and a half by car). Being a Sunday it was also the perfect day to visit Switzerland by car, both for the highway traffic and for the ease of finding a parking space, plus completely free of charge.

Lucerne is one of the most beautiful places in Switzerland. This city has an extraordinary historic center built around a lakefront. Among the most important monuments is the famous and ancient Chapel Bridge (Kappelbrücke) from the 15th century which is also the symbol of Lucerne.

We had lunch in a famous restaurant: Mc Donalds of Lucerne (hahaha) which has absolutely stratospheric prices compared to the rest of the world. In fact, prices are about three times what you would normally spend in the rest of Europe.

In the afternoon we went to Zurich which is just 50km from Lucerne. It is a relatively large and extremely beautiful city. We parked a stone’s throw from Lake Zurich and Bürkliplatz with the famous monument.

We walked along the lake and then stopped to visit the Grossmünster (famous 12th century cathedral), Fraumünster (11th-century church), and St. Peter Church with its staircase. In the evening, we returned to Mulhouse, up and down the Swiss / French state border.

Lauterbrunnen in the Swiss Alps

The following morning, on a wonderful spring day and the temperature close to 20 degrees, despite the fact that we were in the middle of the Swiss winter, we headed to Lauterbrunnen. The location is world-famous for its amazing waterfall and the enchanting alpine landscape.

Parking near the train station is moderately priced by Swiss standards. We changed in the car wearing winter clothes, still with memories of our last trip to Lapland. However, there was no sign of winter in Switzerland and we could almost have worn a bathing suit.

By train from Lauterbrunnen to Grindelwald

A tourist train leaves from Lauterbrunnen and goes up into the mountains. We chose Grindelwald because it was the closest destination and trains in Switzerland, especially mountain ones, have very prohibitive prices.

Arrived at the top of the mountain the disappointment was great because the snow was almost absent or very little. Nonetheless, we looked for a place to play a bit and Dad went to inquire for a ski lesson for me. After gathering all the information, at the exit of the equipment rental, Dad took a terrible fall on an ice sheet which caused him a bruise to a couple of ribs and to his wrist.

Immediately after lunch, which in Switzerland usually has stratospheric costs, we returned to Mulhouse without visiting Interlaken, as initially planned. In fact, Dad was severely sore in the ribs and was afraid that the pain could increase further and we were about 4 hours by road from our apartment.

On the last day of this short holiday, with my dad in great pain for the bad fall, we visited the marvelous city of Colmar (France) and nearby Freiburg (Germany).

Colmar is one of the most picturesque tourist resorts in all of France. Located in eastern France, in the Alsace region, Colmar’s origins date back to the Holy Roman Empire. Its typically medieval urban aspect has remained intact, characterized by a succession of colorful houses, cobbled streets, Gothic churches, and small bridges that cross the waterways that cross the historic center.

This location is also known by the name of Petite Venice, or Little Venice, because what makes it truly magical and romantic are precisely the presence of the Lauch river and a series of canals that can create very suggestive views.

After our visit to Colmar, we made a short trip to Germany to the nearby Freiburg. It is the typical German destination with the reconstructed medieval Old Town, crossed by picturesque streams (Bächle). With a showy spire of 116m, the Freiburg Cathedral, in Gothic style, dominates the central square of Münsterplatz. Before leaving, Mom went to Läderach Chocolaterie and with just 15 euros she brought home a few grams of the finest Swiss chocolate!

End of the trip

Back in the car, we drove to the airport to return our rental vehicle and take the free shuttle to our hotel in Saint-Louis. A couple of hours later it was already time to get up again and go home. As the shuttle was not available due to the early flight, we were forced to take a taxi which proved to be very expensive as we paid 40 euros for just 5 kilometers!

We landed in Catania at 8:00 on February 26, 2020. Despite having passed only a little more than 3 days since our departure, the atmosphere was now completely different with the police wearing masks and measuring the temperature of all passengers. We had just entered the worst pandemic nightmare of the past hundred years. The world was no longer the same.

A few days after getting home, I got sick with light symptoms like sore throat, headache, and a few eye boogers. These symptoms last only for a few days. After me, it was the turn of mom and then dad fell sick too, just the same plus a little cough. We will probably never know if we had COVID-19. Only later on, however, we found out that the places we had visited during our trip were some of the main COVID-19 outbreaks regions of France and Switzerland.

More Photos of the Eurotrip…