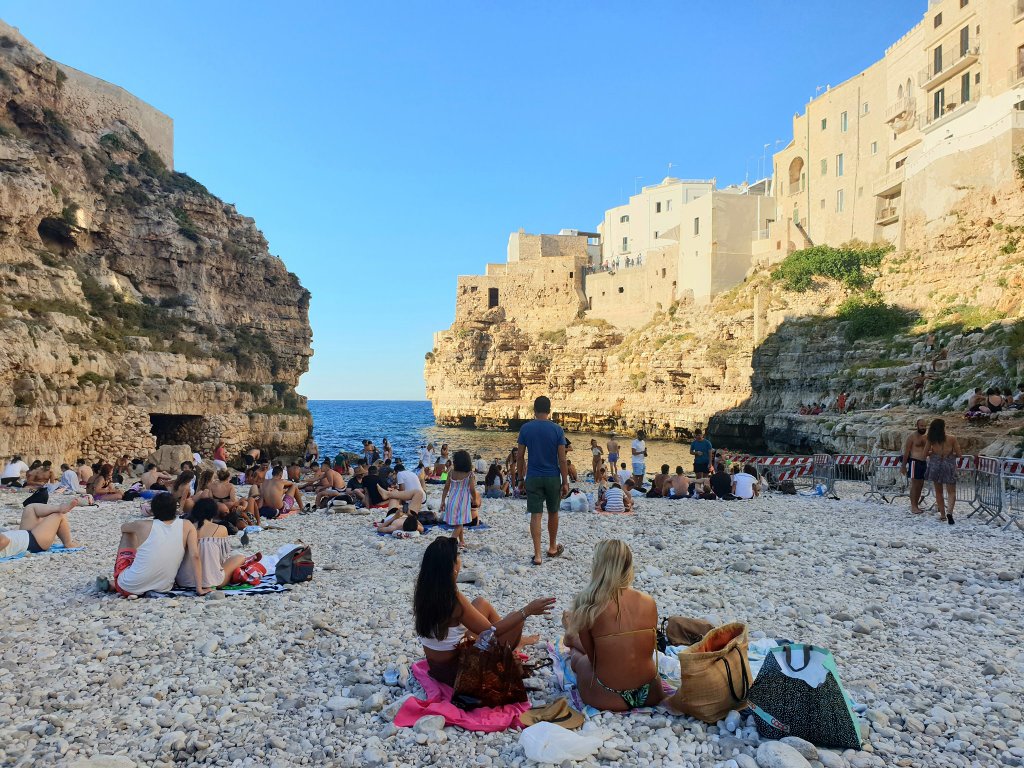 The Italian Trip: Apulia and Basilicata

Southern Italy is always worth a trip, for many reasons

A land of sea, hills, and endless plains, the Apulia region attracts visitors with its more than 800 kilometers coastline, its art cities and picturesque historical villages, its countryside masserie immersed in olive groves, and its plenty of farm products that tell of unique ancient flavors.

One does not stumble across Basilicata accidentally but chooses to visit it in search of a new experience, plunging into places where silence, colors, scents, and flavors remove the visitor from the frenzy and stress of modern life and offer unique sensations.

In a year to forget and after having given up a dream trip that remains “top secret”, finally, on Saturday 25 July 2020, we left to visit the wonderful Apulia and Basilicata.
After about 500km of travel, we arrived at Raffaella’s house, the Trullo Ai Cento Sassi in Castellana Grotte. The Trullo is an absolutely extraordinary place, quiet and relaxing, in the midst of nature and the Apulian countryside. It is a unique dry-stone construction with a cone-shaped dome covered with stone slabs. Inside this type of housing, you can enjoy absolutely natural and pleasant air conditioning.

Castellana Grotte is famous all over the world for its extraordinary caves which we obviously did not visit. Unfortunately, we lacked the necessary clothing to visit them, considering the summer/winter temperature of the caves which is around 16C. With only flip-flops and t-shirts as our only clothing, we gave up for this time on the exploration of this underground landscape.

On Sunday after a beautiful breakfast in the garden, we left for Cisternino. Overlooking the Itria Valley, in the so-called Murgia dei trulli, Cisternino belongs to the club of the most beautiful villages in Italy. From the viewpoint of the public gardens the gaze opens onto the countryside of Cisternino, full of vineyards, olive groves, fruit trees, farms and trulli. The Itria Valley is a World Heritage Site protected by Unesco.

For lunch we went to Alberobello. When you arrive in Alberobello it is like entering the world of the Smurfs, those blue men who lived in small houses, which in this case have a pointed roof. The oldest trulli of Alberobello date back to the fourteenth century. The trullo is a type of conical construction in dry stone, without mortar. Initially the trullo consisted of a single room, then enlarged with niches.

Although trulli are also widespread in other areas of Puglia, Alberobello is the “Capital of the Trulli”, the only inhabited center where there is a neighborhood made up entirely of over a thousand trulli.

Monday was the day of Ostuni, the “white city” and the splendid beaches.
We took a walk through the narrow streets with strictly white houses of the historic center. Ostuni is like a world made up of narrow alleys, houses painted with white lime, and cobbled streets.

Ostuni is also very famous for its incredible sea. In fact, the white city of Puglia has received several times the Blue Flag and the Five Sails of Legambiente. Ostuni has been defined as the city with the cleanest sea in Italy. The beaches of Ostuni are a succession of fine sand, shallow waters, and crystal clear waters. We chose Pilone Beach, completely immersed in the Mediterranean scrub.

In the evening, we visited Polignano a Mare. It is a medieval village, perched on the high and jagged coast, which has kept its charm unaltered, with a succession of alleys, the typical white houses, and loggias overlooking the sea.

Polignano a Mare is the birthplace of Domenico Modugno, author of the most beautiful and famous song of all time: “Nel blu dipinto di blu”.

Tuesday was the day of Monopoli, a very pleasant surprise. Known as the city of a hundred districts that recall the names of the houses that have now disappeared, Monopoli retains the high-medieval layout of its fortified historic center. It is a real jewel of popular architecture mixed with sumptuous religious buildings and splendid noble palaces, with the Castle overlooking the fortified city.

Wednesday we went to the Caribbean of Apulia: Porto Cesareo. It is a land of sea, beaches, history and art. Porto Cesareo is one of the jewels of the Ionian coast of Salento.

Gallipoli was our lunch destination. Città Bella is the meaning of the name of Gallipoli. It is a seaside town lying like a mirage on the Ionian coast, about 40 km from Lecce.

The ancient village of Gallipoli is connected to the mainland and the new city by an arched bridge. The walls, ramparts, and towers, which once protected the city from invaders, now shelter it from storm surges, giving it a charm of yesteryear.

Given the short time, we could not fully appreciate this place, except for the good food we had for lunch. In fact, our main destination was Lecce.

The “Lady of the Baroque”, the “Florence of the South”, Lecce has its roots in a very distant past. The Messapians have left many traces of their presence dating back to the eighth century BC. A part of the amphitheater, now visible in Piazza Sant’Oronzo, has remained intact from the Roman age. Among palaces, churches, monuments in the Baroque style, you lose count. They are all buildings made with Lecce stone, with a particular beige color, which dresses the whole city. It is no coincidence that the artistic heritage is described as Lecce Baroque.

Our last stop in Puglia was a surprise from mom and dad! We visited the Fasano Zoo Safari, the largest wildlife park in Italy and Europe. It houses about 1,800 specimens of 250 different animal species on an area of ​​over 140 hectares on the Selva di Fasano. Animals live in absolute freedom and we have literally touched them!

After leaving our beautiful Trullo, we left to visit Basilicata. We started with Acerenza, my grandmother’s hometown. Like all mountain villages, it has depopulated over the years and only a few remain. Acerenza is one of the “most beautiful villages in Italy” and is called the “Cathedral City”.

In Acerenza, someone was crazy enough to shoot an international movie: “From the Vine“.

Leaving Acerenza and its beautiful solitude, we headed to Matera, our second destination on this beautiful journey by car in Southern Italy.

The architecture of the Sassi di Matera tells of man’s ability to adapt perfectly to the environment and the natural context.

Matera is the largest center in Basilicata. The town has two historic Sassi districts: the Caveoso and the Barisano, some rock constructions obtained in the natural caves. In 1993, Matera became a Unesco World Heritage Site.

After Aleppo and Jericho, Matera is the third-oldest continually inhabited settlement in the world. Its territory preserves evidence of human settlements starting from the Paleolithic and without interruptions up to the present day.

Restaurants and trattorias throughout the historic center offer the specialties of Materese cuisine. It is a simple and genuine cuisine, linked to the pastoral and peasant tradition.

After many trips abroad and many miles flown around the world, we finally discovered one of Italy’s hidden treasures just around the corner.

More Photos of the Italian Trip …