Finland is the Land of a Thousand Lakes and actually the exact number is 187,888 lakes. However, it is also a land of thousands of forests with over 70% of Finland made of beautiful forest. But Finland has also the largest archipelago in the world with over 70,000 islands and on 20,000 of them there is some kind of accommodation. Finland is also the home of the real Santa Claus (Joulupukki in Finnish). Moreover, Finland is the happiest country in the world, though I am much happier in the sunshine and the heat of less happy lands like on the sand white beaches of the Philippines and in my Sicilian hometown. Maybe, it is a little bit too cold for a Filipino-Italian mixed little girl like me.

We decided to visit Finland for my mother’s dream has always been to see the Aurora Borealis (Revontulet in Finnish). In fact, Finnish Lapland is one of the best places to spot the Northern Lights that appear more than 200 nights a year. What is more, Finland is the home of the real Santa Claus. Though originally from Korvatunturi, the old man in red (Joulupukki in Finnish) now lives in Rovaniemi. And there we went!

One Night in Vantaa, Finland

We landed almost at 1:00 am at Vantaa Airport but we had plenty of time for our next flight to Lapland that was scheduled for the next day. We stayed at the Scandic Helsinki Aviacongress that we had booked at a very good price (for Finland) many months before. There was a free shuttle from the Airport to the Hotel and we got on the very last free connection on that night.

After relaxing for a few hours in that beautiful hotel, we had a delicious breakfast. Then, we got ready and took the shuttle to Terminal 2 for our Norwegian flight to Rovaniemi.

It was early afternoon when we finally landed in Rovaniemi, but because it was December the sky was already dark. We had rented a car at the train station of Rovaniemi because we thought that we would catch a train on the way back to Helsinki.

The train station of Rovaniemi was almost a ghost land and there were no rental car companies there. However, by magic, almost at the agreed time, our nice car was ready for us outside the train station. We met with the Sixt employee inside the ghostly station and we signed all required docs before getting our gorgeous VW Tiguan. Besides, we were lucky and we were upgraded to a better car!

People tend to think that driving in Lapland is extremely difficult in winter, which is absolutely not true. You just have to pay a little bit more attention than usual but not so extraordinary.

The car was almost new and it had a lot of great features that are unique for Scandinavia. The most unheard of was the heating that could be activated from inside our warm apartment, just a few minutes before getting out. That was really amazing because the car would be nice and warm whenever we went out. It had a lot of other great things that my dad was not used to. In our place, my dad drives an old Madza2 and my mom an ancient blue Chevrolet Matiz that even lacks a basic radio.

Our Place in Rovaniemi, Lapland’s Capital

After a few attempts, dad could finally turn on the engine of the car and we drove to our new place in Rovaniemi. We just followed the instructions of our GPS navigation system that helps us everywhere we go.
We had booked a nice apartment with Jukka and Marika thru Airbnb. Actually, we had a self-check-in so we never had the chance to meet Jukka and his wife Marika personally. However, whenever we asked a question or had any doubts our host answered within minutes.

I would definitely recommend this place, though I would also advise avoiding December. If you want to save some money, think about that December is high season in Rovaniemi. Therefore, you could spend far less by going to Lapland during other months. The apartment was new and just one kilometer from Lordi’s Square, the very center of town.

As a great fan of McDonald’s and their happy meals, I was very happy to have dinner there. Until recently, the McDonald’s in Rovaniemi was the northernmost one in the world. After dinner, we drove to the Lapland Hotels Sky Ounasvaara Fell. This is the highest place in Rovaniemi and, from the terrace of the Sky Hotel, we could admire the Aurora Borealis. Somehow, we found out the secret code to access the terrace and saved the 2 euro that they asked for it.

From the top of the terrace, we enjoyed the best view of the city of Rovaniemi. In fact, the lights around the Sky Hotel were not so intense to disturb the Northern Lights. However, in the four consecutive nights we went up that little mountain, we were not very lucky and we only partially saw the Aurora Borealis.

The next day, right after breakfast, we got on our very nice car and drove 170km north of the Arctic Circle. Our destination was the famous Ski Resort of Levi, just a few kilometers north of Kittilä. Despite the snowfall and the icy roads, the drive was safe up to the top of the resort. The place was fabulously white and quiet and the snow was clean and untouched. At lunchtime, since we always travel on a very limited budget, we decided to drive down the fell to go to the local Burger King.

After eating, we visited the quaint village of Levi before going back to our car for the long drive to Rovaniemi. Deer (Poro in Finnish) are a common sight on Lapland’s roads and so we saw many of them. We even witnessed the crossing of an entire “family” of Reindeer. They would appear out of nowhere just to change side of the forest. We had a beautiful backdrop during our return journey, yet not the perfect Aurora Borealis.

The Town of Rovaniemi, The Capital of Lapland Finland

Rovaniemi is by far the most populous town in Lapland with almost 70,000 inhabitants of the total 180,000. In fact, the population density of Finnish Lapland is extremely low and spread over a surface area bigger than Portugal.

There were plenty of things to do in Rovaniemi but be prepared to spend a lot of money if you want to do them all. Literally, free activities in Rovaniemi were as rare as hen’s teeth. I remember that we were surprised by the high prices demanded in New Zealand but Lapland was much more expensive.

In Rovaniemi, the most interesting place for children and not only for children was the Village of Santa Claus. The Village is at the Arctic Circle and very close to the airport. We were there a couple of times and I had fun with my sled together with other children of my age. I enjoyed a lot going down the slopes of the village and I was not afraid!

I actually met Santa Claus twice. Papa and mommy were not so convinced by the first Santa. Therefore, they took me to the real one in his beautiful Santa Claus Office at the Arctic Circle. The entry was free but you would have to pay 45 euro for two photos and one short video!

The magical Village was the place where I could meet Santa Claus (Joulupukki in Finnish) and his elves. Besides, there were reindeer and huskies with their sleds, as well as snowmobiles. Nearby, you could also visit Santa Claus’ Home Cave Santapark. We chose just for the extra husky ride and that was great fun!

The road to Rauna Zoo was a nice drive of around 80km South of the Arctic Circle. It was just always straight up to the zoo entrance with a few reindeer along the way to remind us that we were in Lapland.

To get a hint of how expensive excursions from Rovaniemi could be, just consider that the price for the entrance ticket for the zoo was 15 euro for adults and zero euro for children under four years of age. Since we had a car, we could easily drive to the zoo in around one hour for the price of the gasoline. If we had booked that same excursion with some specialized websites (which I would rather not name) the price would have been far higher. The cost of the excursion for two adults and one four-year-old child would have been around 360 euro. So, we would have paid almost 10 times as much as we did. Besides, a four-year-old child could easily become three (and free) at the ticket counter, because they were not so strict with babies.

The Ranua Wildlife Park Zoo Arctic, the most northern zoo in the world, was great fun. It had approximately 50 wild Arctic animal species and 200 individuals, including top predators such as lynx, brown bears, polar bears, and wolves but also European moose and deer.

It was definitely worth our visit. Everything was magically white and my dad pulled me all the way inside a free sled that I found right at the start of the path. After finishing our wonderful visit, we drove back to Rovaniemi. Along the way, we stopped for a nice pizza before driving to the magical world of Santa Claus Village.

Helsinki, a Beautiful Seaside City of Islands and Green Parks

Unfortunately, our beautiful holiday in Lapland had come to an end. We left our apartment keys and we drove to the airport. We self-checked-out our rental car and got on the plane to Helsinki. The airport was some 30 minutes away from the city center but well connected by train. Our budget place in Helsinki, the Omenahotelli Helsinki Yrjönkatu, was only a safe short walk from the station, no matter the late time. Helsinki, indeed, is one of the safest cities and Finland is probably the safest country in the world.

As part of a Reader’s Digest experiment, they dropped 12 wallets in different cities and each contained a cell phone number, the equivalent of 50 dollars in cash, business cards and a family photo. In Helsinki, people returned 11 out of 12 wallets, making it the most honest city in the world. Furthermore, the last wallet not returned was probably not found by a Finnish person!

We had a last full day in the Finnish capital. We did not visit the Suomenlinna fortress which was rated as the number one attraction. Actually, it was not so interesting for us because we live at the feet of an amazing real fortress in Sicily. Instead, we went to the beautiful Market Square (Kuappatori) where I could ride the carousel of the Christmas market for free and as many times as I wanted.

After the carousel, we visited the Helsinki Cathedral, the Finnish Evangelical Lutheran cathedral of Helsinki. Besides, after a walk in the beautiful center of the capital, we got on the trams 2 and 3 for a ride thru some of the best sights in the city. In fact, that was the best way for sightseeing the city at the cost of a single fare. Time up. 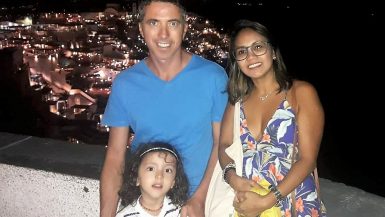 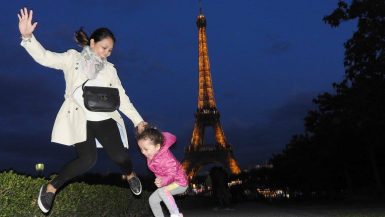 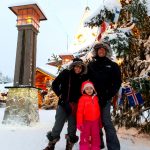 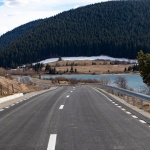