Dubai in the United Arab Emirates was our stop on our journey to the Philippines. With its 830m the Burj Khalifa tower dominates the skyscraper-filled skyline. It is a traditional and futuristic city at the same time. On an artificial island is Atlantis, The Palm, a resort with water and marine parks. We went on a desert safari. Dubai is a place with so many activities. We will go back!

My Mom decided to go back to the Philippines but we had stopped first in Dubai for a few days. We stayed in Hyatt Place Al Riga, a business and residential area and about 20 mins by metro to Downtown Dubai.

Our hotel in Dubai

We arrived at our hotel early in the afternoon and I said it was a nice room and got excited. Then, I got all my toys and started to play on the floor. After we settled, we opted to visit the Dubai Mall taking a metro. Though the connections for metro stations were easy, my Mom and Dad were so tired of carrying me coz I was lazy to walk. That was especially true because the metro station connecting to the Mall was very far. 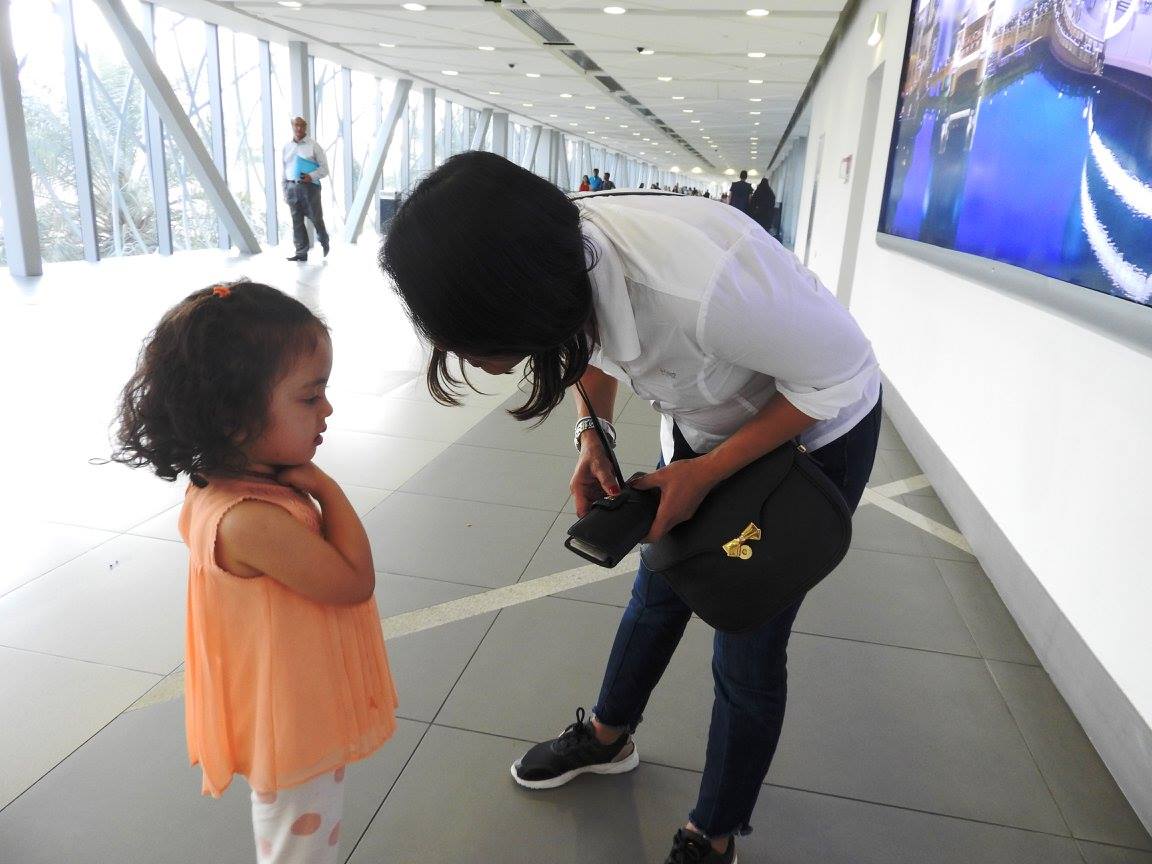 The Mall is a huge mall like in the Philippines with high-end shops and restaurants. My mom met her ex-colleague who works in a currency exchange shop in Dubai Mall and they had a short chit-chat. Outside the mall, we saw the world tallest building, the Burj Khalifa. After lunch, we took a metro heading to Burj Al Arab, the most luxurious hotel in the world. We did not go inside the hotel because they were very exclusive so we ended up at the gate and took some photos.

We went back to Dubai Mall just on time for the schedule of the Dancing Fountains. Before 6 pm, we went out of the mall. We moved to the area around the Dubai Fountain and looked for an area where we could clearly see the show. The Fountain is the largest dancing fountain the world. My dad carried me on his shoulders so I could see the whole show. It was a spectacular show accompanied by contemporary Arabic and classical music and the Burj Khalifa was lighted up. It’s a must-see when visiting Dubai. 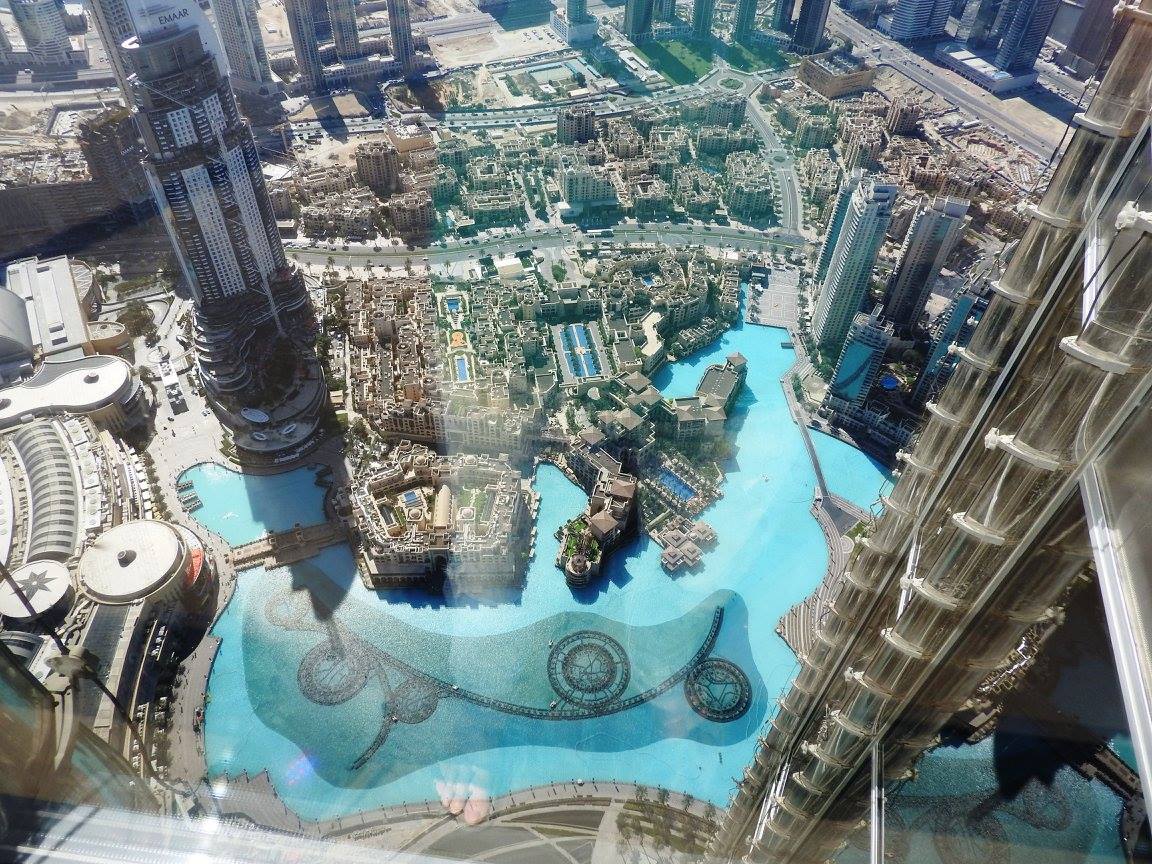 We woke up early the next day because we had a 9 am schedule to visit and go to the top of Burj Khalifa. My mom has some friends working in Dubai that helped her get tickets at a very discounted price compared to the entrance fee for the tour to The Top in Burj Khalifa.

We arrived at the 125th floor so quick. I was a bit scared at first but was able to settle fast. The view was so amazing that my mom and dad could not stop taking pictures. We stayed maybe an hour or so coz I fell asleep in one of the swinging chairs. I woke up early, you know.

The Dubai Aquarium and Underground Zoo

After the top of the world, we went down and proceeded to the Dubai Aquarium and Underground Zoo inside the Dubai Mall. Dad introduced me to sea creatures and animals inside the aquarium and zoo. I had so much fun watching them and even interacting with some of them. 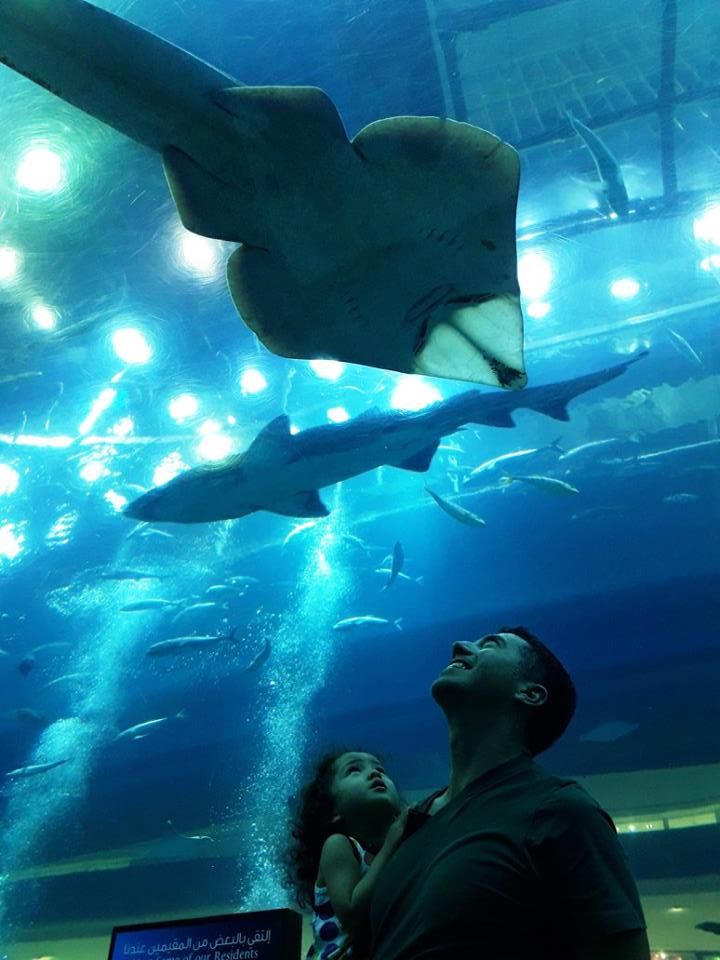 After lunch, we met another close friend of Mom who was based in the United Arab Emirates already. She helped us with our desert safari tour. After an hour of catching up, the tour company came and picked us up. We made some stops picking up more people to join the tour.

As we arrived in the desert, our driver started to drive like crazy and went up and down the sand hills which they called dune bashing. As a matter of fact, I was shouting the whole time and so other passengers including of course my Mom and Dad. The driver and his companion were just laughing, they had fun and so did my dad. Thank God it last only for a few minutes but I did not cry, I was a brave girl.

The driver brought us to a campsite for more activities but we opted to just relax and watched the sunset. I was playing around barefoot in the sand. Dinner was included in the tour package which I did not like much. However, Mom and Dad said that it was okay.

We arrived at our hotel at around 9 pm and we met another close friend of Mom who helped us get discounted entrance fees to the Burj Khalifa, the Aquarium and found a reasonable price for the safari tour. We had dinner together and had a smoothie in Juice World, famous for fresh juices and known for the fruits decorated around the store.

Since our flight to Manila was scheduled late at night, we still had one full day to see around the city. We went out of the hotel before lunch coz we were tired, especially me. We went to Atlantis, The Palm Jumeirah and took the metro then monorail. Inside the monorail, we saw the view of the “palm formed man-made archipelagos” and the imposing Atlantis Hotel. 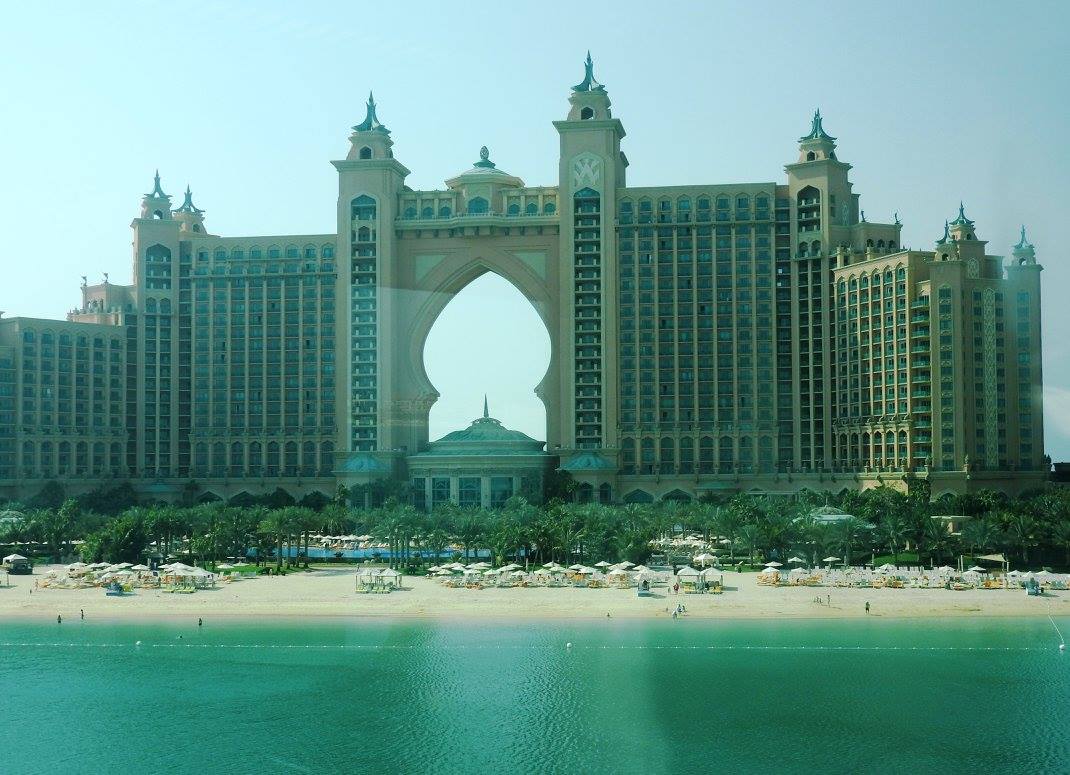 There’s nothing to see unless you go to the Atlantis Aquaventure Waterpark. We just walked around the magnificent hotel and took pictures outside the restaurant of Gordon Ramsay coz Mom is a great fan.

We continued to Dubai Marina where I had fun playing with other kids. in fact, there were a lot of kids. The Marina is an opulent residential neighborhood, an entertainment complex with al fresco dining and sandy stretches to relax on. Smart cafes and pop-up craft markets in the promenade. Dubai Marina Mall is packed with chain and luxury fashion brands. 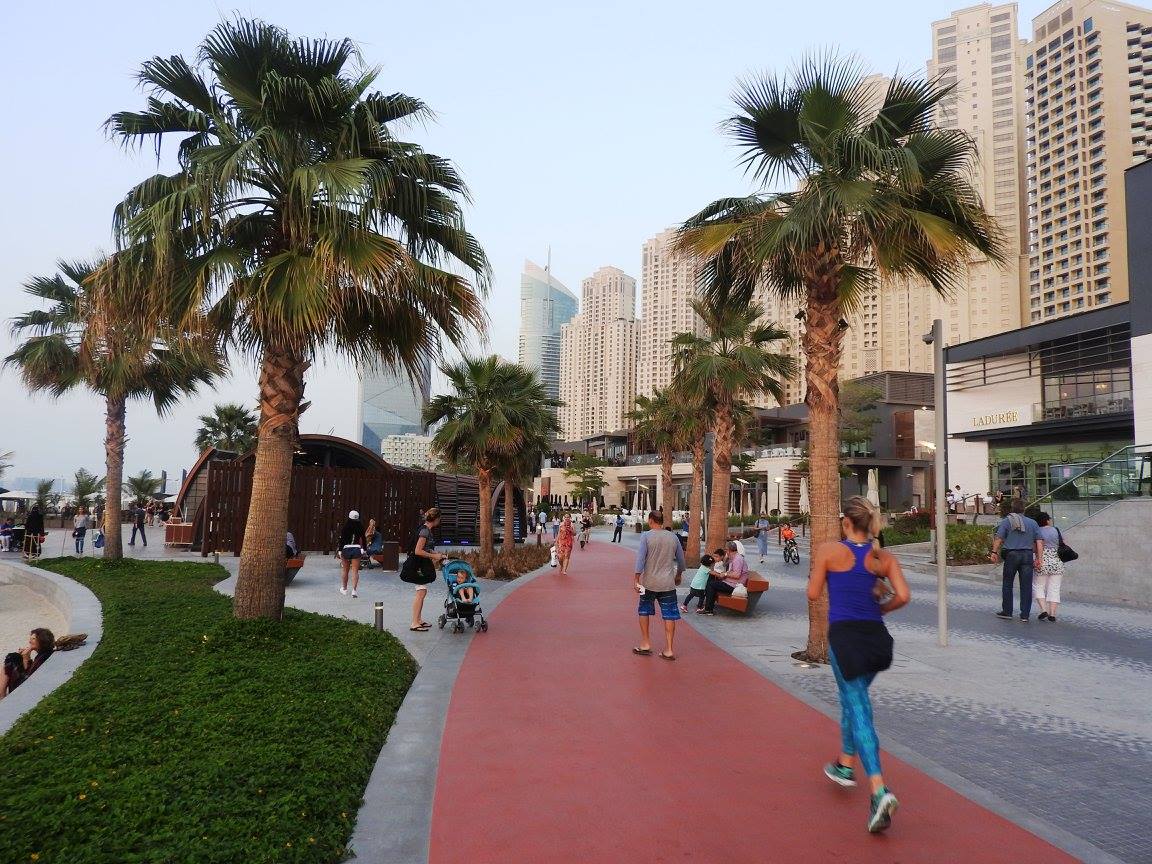 After dinner, we went to the hotel, took our luggage and went to the airport. Our two days in the United Arab Emirates were packed with activities but there are more to see and hopefully, we shall go back and spend a few days to visit theme parks or waterparks one fine day. I would be happy. 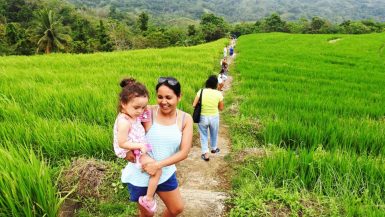 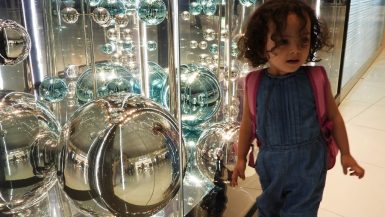 Bangkok, a cosmopolitan city in a country of small towns and villages 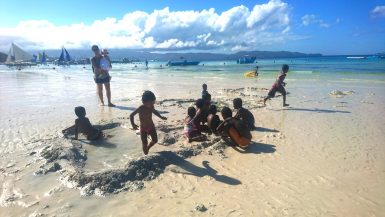